What are Complex Lymphatic Anomalies 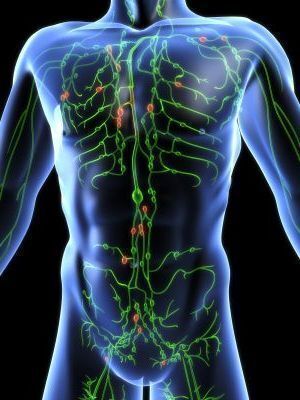 CLA’s are a group of rare diseases that are characterized by anormal growth of lymphatic vessels that may involve multiple organ systems, including lung, spleen, soft tissue and bones.

CLA diseases have both common and unique features. In addition, individual diseases affect patients differently, and even patients with the same diagnosis may have different symptoms based on the location of the body that is involved.

Formerly known as Lymphangiomatosis, is characterized by lymphatic malformations involving soft tissues, bones and organs such as the spleen with disease present in more than one location in the body.

GLA may present at birth but is more frequently identified in childhood or young adulthood. GLA can cause abnormal collection of fluid around the heart, lungs, or in the abdomen (pericardial, pleural, or peritoneal effusions, respectively). It can also cause loss of lymph fluid through the intestines (protein losing enteropathy), and low numbers of infection fighting cells.

Bone diseases are commonly seen, involving multiple bones of the axial (head and trunk) and appendicular (limbs) skeleton. The ribs are the most common site of involvement in GLA, followed by the spine. Bone involvement in GLA does not typically involve the outer hard layer of the bone (cortical bone) and rarely results in progressive bone disappearance. Fractures resulting from disease are uncommon.

Activating somatic variants, or mutations, in the PIK3CA gene are thought to cause GLA.

Also called vanishing bone disease, is characterized by progressive loss of the hard outer surface (cortex) of the bone. GSD can progress rapidly but can also spontaneously stabilize. It typically extends beyond the original site of disease, involving nearby bones, and is much more common in the head, neck, back and chest (axial skeleton).

Symptoms caused by GSD vary depending on the extent of the loss of outer hard layer of the bone (cortical bone) and its location in the body. Fractures resulting from disease (pathologic fractures), buildup of fluid around the heart and lungs (pericardial and pleural effusions) secondary to rib involvement, leaks of cerebral spinal fluid (CSF) resulting from skull-based damage, and neurologic symptoms including paralysis have all been reported.

Activating somatic KRAS gene variants, or mutations, are thought to cause GSD.

KLA is a complex lymphatic anomaly with features of both uncontrolled cell growth (neoplasia) and malformation. KLA is considered an aggressive subtype of GLA and has characteristics that overlap with both GLA and CCLA. Unique features of KLA include the presence of spindle cells, rapid and progressive growth, and significant bleeding (hemorrhage).

In addition, chest involvement is much more common in KLA. Markers to help diagnose KLA include elevated blood levels of angiopoietin 2 (Ang2), a protein involved in endothelial cell growth.

Activating somatic variants, or mutations, in either the NRAS, CBL, or HRAS genes are thought to cause KLA.

Patients often present with lymphatic fluid around the lungs (chylous effusions), excess abdominal fluid (ascites), and loss of lymph fluid through the intestines (protein losing enteropathy) as well as swelling in the legs and feet.

Both inherited (germline) variants, or mutation, in EPHB4 and MDFIC and somatic variants in ARAF, KRAS, and BRAF, are thought to cause CCLA.