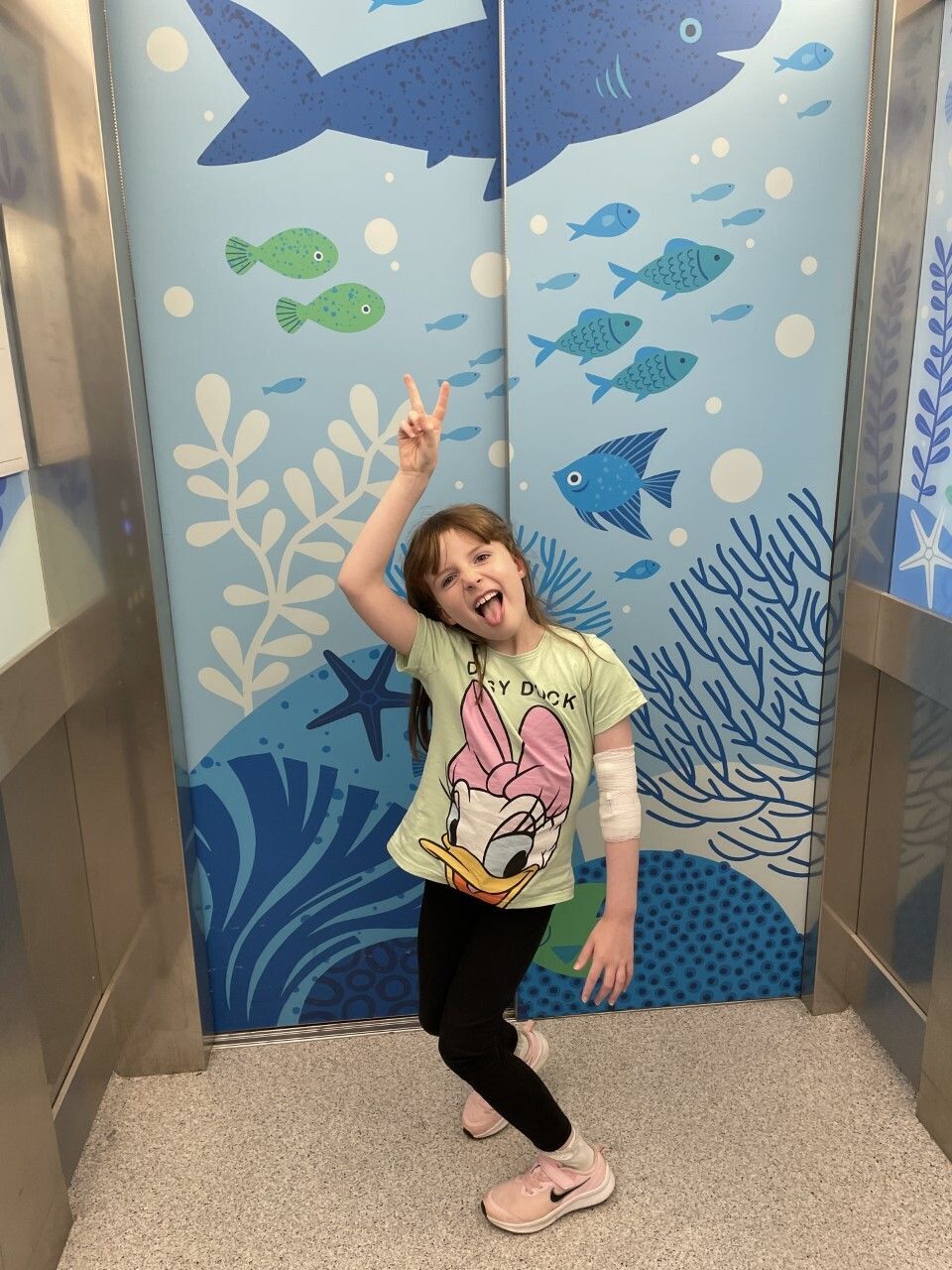 "Emily is my strength, my hero, and my Warrior!"

At 26 weeks gestation in 2014, I was told go home for a week and consider terminating my pregnancy. They could not tell me anything more than the baby had lots of abnormal tumours everywhere, they did not know what it was, what the statistics might be, and what the future might look like. I went back to ask for more information because I did not have enough to make the tough decision. I was told they could not help me because they have never seen this before but that it could be a type of lymphoma.

I decided to continue with the pregnancy. Everyone was on high alert when Emily was born, she was rushed to the Sheffield Children’s Hospital - Special Surgery Unit within hours and was monitored for weeks, everyone assumed the worse considering the scale of her tumours. She had an MRI when she was a few days old, it showed the tumours inside and outside her organs from her thighs up to her lungs, she also had a large port wine stain on her back. After a few weeks with no concerns, she seemed fine, and they let us go home.

Emily was given a diagnosis of Klippel Trenaunay Syndrome, a condition which involves vascular malformations around the body, we were told that she should live a normal life.

When Emily was around 16 months old, she started to drag one of her legs when walking, and we were referred to Great Ormand Street hospital where she was diagnosed with lymphangiomatosis.

Since receiving the diagnosis, we discovered that Emily had lymphatic and vascular malformations in and outside every organ from her lungs down to her groin. It is particularly bad in her spleen, abdomen, and groin.  Emily also has Scoliosis and a displaced pelvis.

When Emily was around 5 years old, we were told that her lymphatic malformations had doubled in size. Emily started taking Sirolimus in the hope that her malformation would shrink. Thankfully, the medication started to work and the ones in her lungs disappeared completely the rest have either shrunk or remained the same.

The medication weakened her immune system. For a year Emily was very ill with recurrent chest infections. This led to her being in hospital with pneumonia. Emily was given long term antibiotics for a year, and the chest infections improved and have not come back since.

Over the last few years Emily has had various issues as a result of this disease - internal bleeds, unexplained blood results, and compression on her organs and bowel causing pain, constipation, and several mobility issues resulting in her needing a wheelchair and back brace.

Emily’s bone density started to decrease a few years ago and, as a result, she now has 3 monthly bisphosphonate infusions to strengthen her bones.

Emily was very poorly a few years ago, she became anemic and lost a lot of weight. She had several tests, but we were not given any clarity on what was wrong. Emily took bowel preparation medicine for a procedure and suddenly, she was better again. Now every time she starts to feel lethargic and poorly, we get a prescription for the bowel prep medicine, and it seems to be working.

A few weeks ago, we were told that Emily needs knee surgery, something I never knew was or would be an issue for her. We are still processing the news, but as always Emily is a little warrior about it all and is excited that she will get time off school!

Emily is now 8 years old and continues to fight each day living with the symptoms and complications that come from having a rare disease like lymphangiomatosis and Gorham’s Disease. Emily is my Strength, my hero, and my Warrior!