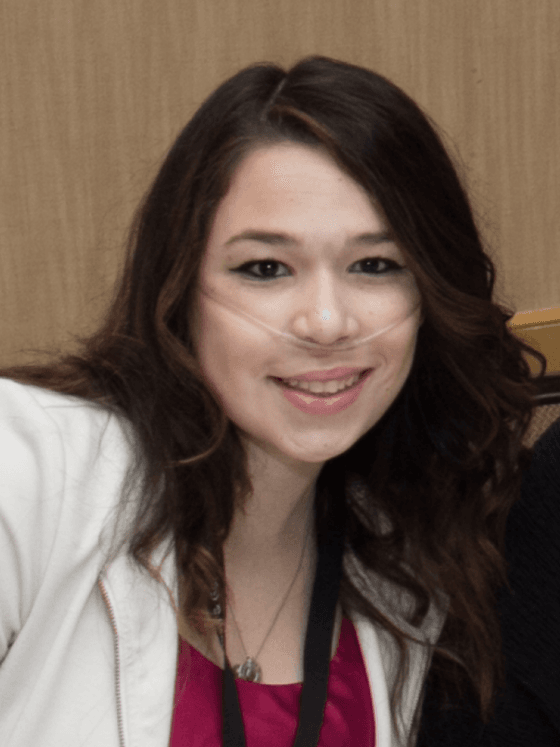 "...was an inspiration to many others with complex lymphatic anomalies..."

Born with lymphangiomatosis (now renamed generalized lymphatic anomaly), Melanie Chaite was an inspiration to many others with complex lymphatic anomalies, as well as those living with lymphedema. In 1998 Melanie’s mother Wendy founded the organization now called Lymphatic Education and Research (LE&RN) in an effort to focus attention and research on lymphatic diseases and was a valuable resource and participant in the founding of the LGDA in 2007.

Melanie faced enormous health challenges throughout her life but she inspired so many others in the way she approached those struggles. At the 2012 New York Walk to Fight Lymphedema & Lymphatic Diseases, Melanie told the crowd of supporters, “The essay that I wrote for my college application spoke of a game of tug-of-war I played before senior year of high school at band camp. I use this game as an analogy to what my own struggles have been, a kind of tugging against this disease for my quality of life, while also realizing I have to rely on my other teammates and supporters to pull with me.”

“I have accepted the fact that I’m going to die at a young age. And I’m okay with that,” Melanie told The Huffington Post in an interview during a conference on dying in 2015.

She was only 26 years old when she died February 12, 2020, surrounded by family and friends.