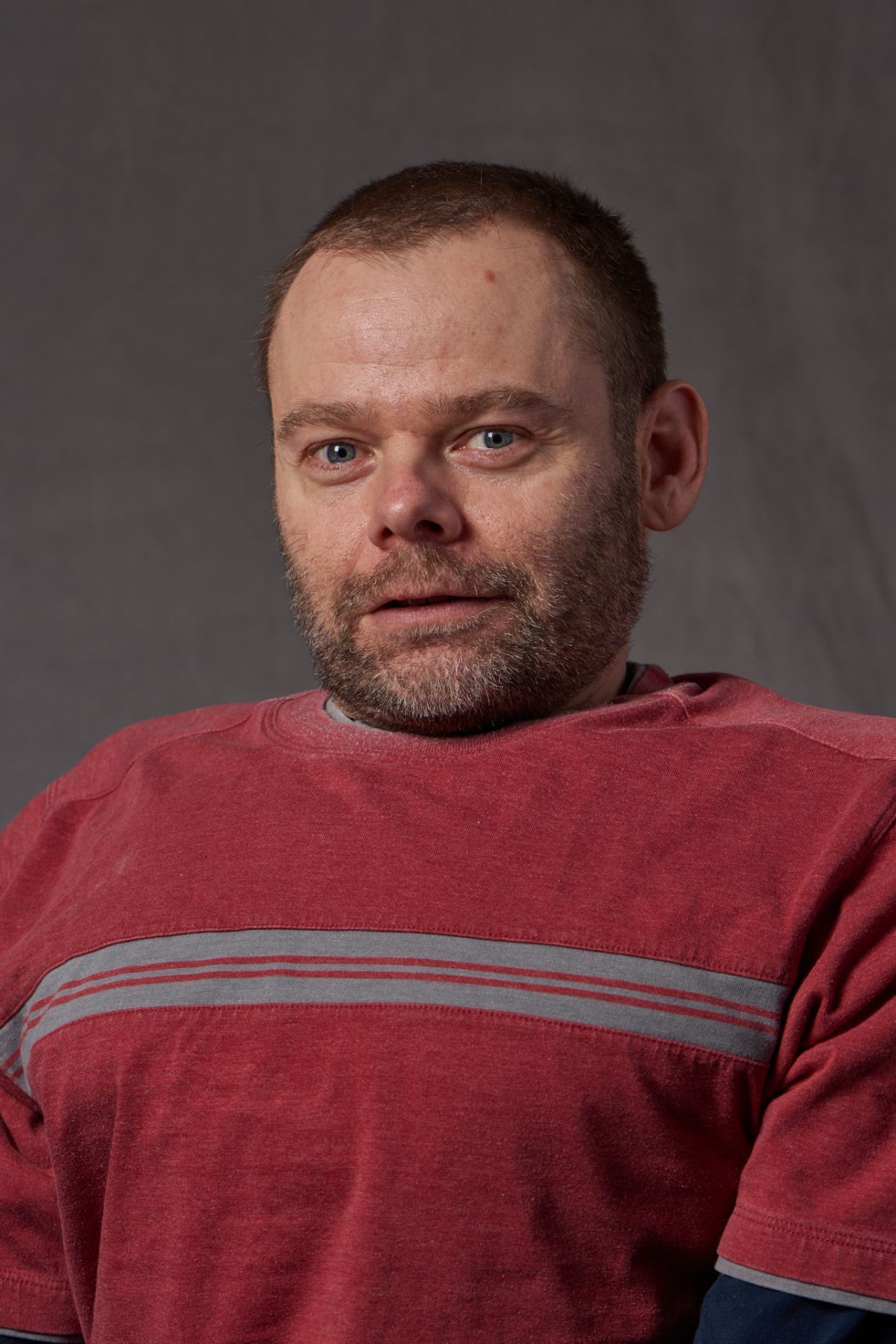 "...none of them are willing to give up their passions because of their challenges."

At the age of 1 year (1975), I was diagnosed with hemolymphangiomatosis (KLA now) by a doctor in Madison, Wisconsin after having problems with fluid buildup in my abdomen and legs. A few years later, the doctors had notified my parents that there was a good chance that I would never be able to walk due to the complications of the disease.

By the age of 5, I was walking with a walker and then on to crutches. During my younger ages, I was able to walk without crutches for short distances until I got too tired. In March of 1985, my friends and I had made a slide in a snowbank where we were enjoying the winter weather. One night, the weather had gotten much colder and froze up the slide. On a slide down, my right leg had hit a chunk of ice which broke my femur. That would be the first of 5 broken legs. That break was the first, and the only one to completely heal. I’ve broken my right leg three times, and my left leg twice.

Somewhere during my pre-teen years, the diagnosis of my disease was changed to Lymphangiomatosis & Gorham’s disease. Despite all of the challenges of my health, I was still a very active youth, playing baseball with family and friends, as well as hunting with my dad and brothers. I’ve never really been someone to use my disability or disease to keep me from doing anything.

When I was a Jr. in high school, I began to develop back problems with sensitivities in my back and ended up having surgery in January of 1991 to remove some of the disks in my back. I was never able to walk again after that. In January of 1992, I broke my left leg for the first time while getting out of a truck. I lost my balance, and my leg couldn’t take the pressure when I planted it to catch myself. Despite having to be home-schooled most of my junior and senior years of high school, I still managed to graduate on time in 1992.

After high school, I took a year off from schooling to get myself healthy again and to figure out what I wanted and was able to do with the rest of my life. I went back to school in the fall of 1993. I graduated with an associate degree in Marketing in 1995 and, on the same day, I got a job at a local newspaper doing graphic arts.

In the spring of 2000, I was beginning to have difficulty breathing. After being misdiagnosed with pneumonia three times, I was finally sent to Madison and was diagnosed with a chylothorax in my left lung. After the doctor first told me that there was nothing they could do and that I wouldn’t make it more than a couple of weeks, they performed a pleurodesis on my lung which has held up so far to this day.

On December 23, 2001, I got married to a great woman, although the marriage didn’t last long and got divorced in November of 2003. Dealing with a disease, such as L/GD, isn’t just difficult on the person with the disease, but also family. This turned out to be too much to handle when I developed complications from a broken back in 2002. I’m thankful for the time we had together but understand the decisions she had to make.

I’ve always enjoyed being outdoors and doing what I can. I enjoy fishing, hunting and regularly go camping with friends as well as bicycling when I have the opportunity. Of all of the individuals I know with L/GD, none of them are willing to give up their passions because of their challenges. I hope they never do.

In 2014, I went to Dallas for our first Patient Conference with another friend. When there, I met another Warrior who also happened to be from Wisconsin. We have been great friends since then, so there are some good things that come from these debilitating diseases.

I’m currently working at an Organic Farm Co-op and have been there since August of 2017. Yet another of the best decisions I’ve ever made. This shows that regardless of how much these diseases may affect you or your child, they can make a difference in the world. I’m hoping to be able to make a difference in this world also, whether it’s helping our country's small Organic farmers stay on their farms, or assisting the LGDA with finding out more about these diseases and hopefully eliminating them to prevent other kids from having the same challenges as me.